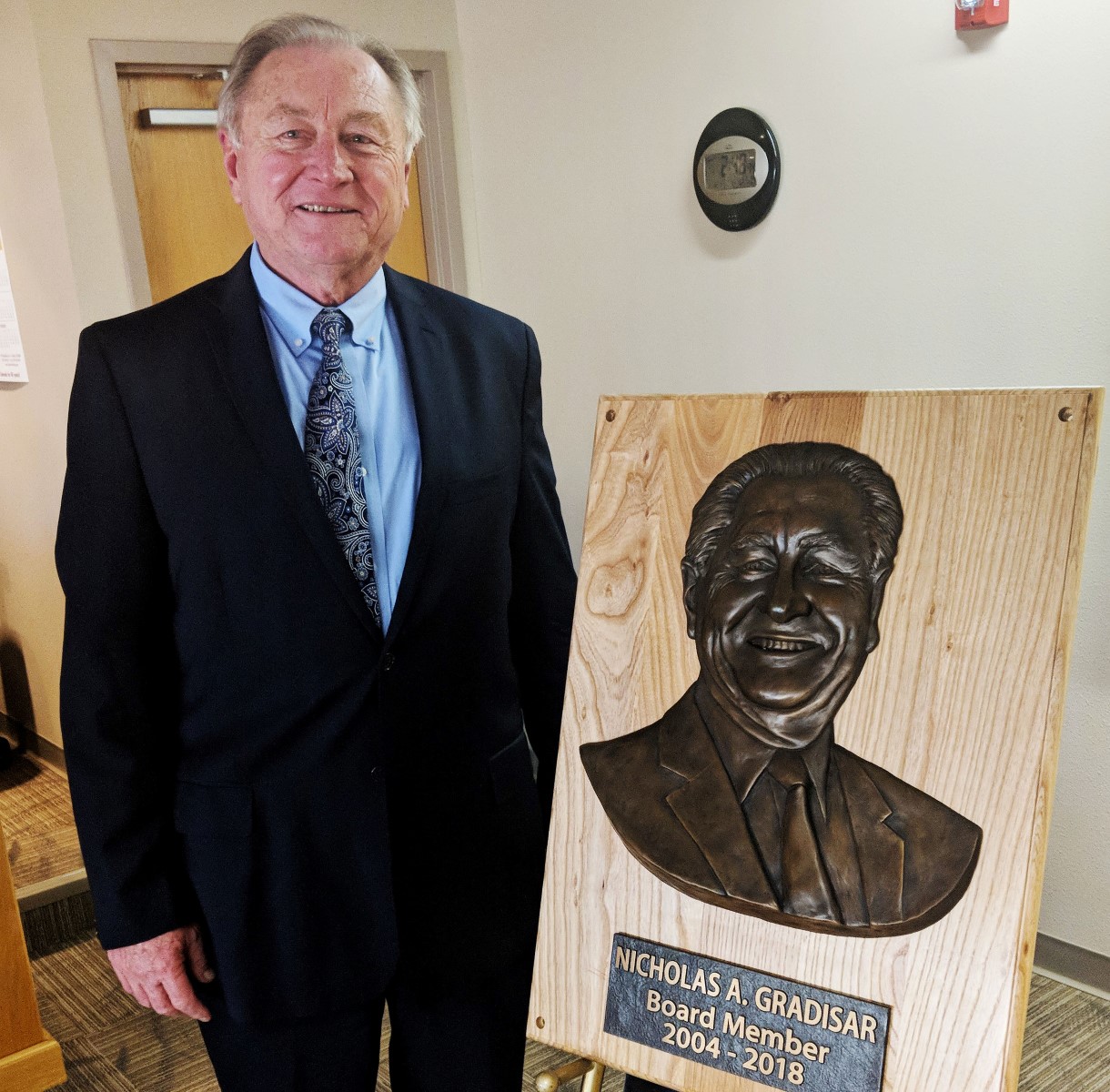 Pueblo Mayor Nick Gradisar was honored this week for his 15 years of service on the Pueblo Water Board of Directors with a ceremony and the presentation of a bronze bust of his likeness that will be hung at the water works administration building.

Seth Clayton, the executive director of the Board of Water Works, presented Gradisar with the bust as a tribute to Gradisar’s commitment to Pueblo Water’s mission of providing the highest quality water at the lowest possible cost, said Joe Cervi, public relations specialist for Pueblo Water.

The bronze bust depicting Gradisar’s likeness will hang in the atrium at Pueblo Water’s administration building on the corner of West Fourth Street and Grand Avenue.

“I was humbled and honored to be recognized by the Board of Water Works,” Gradisar said on Thursday. “It was just sort of unexpected, I guess, though when I left the Water Board they said they were going to do that, but you sort of forget about that. It’s a little weird, though, seeing your image in bronze. They did a great job with it. I could recognize myself.”

Gradisar served on the Pueblo Water Board of Directors from 2004-18, and served six years as board president. He ended his run on the board after being elected mayor at the beginning of 2019.

Among his proudest accomplishments during his tenure on the board was the CARES program that provides assistance to residential Pueblo families in need of utility assistance; the acquisition of the Bessemer Ditch; and the service line repair program where for $1 a month the Board of Water Works will repair a home’s service line should it break instead of the homeowner having to pay for the entire repair themselves.

“Nick was a tremendous leader and a steadying force during his tenure on the board of directors,” Clayton said in a statement. “He helped to shepherd a number of important projects to completion; projects that will benefit this community for generations to come.”

Gradisar joins others in Pueblo Water’s history who have been etched in bronze, including Alan Hamel, James Gardner, Howard “Bud” Whitlock, Bret Kelly, Verdon Johnson, Michael Stillman, and Owen McKinney. The late Kevin F. McCarthy also will be added to the wall, according to Cervi.

← Back to News Feed

The Board of Water Works of Pueblo is committed to providing the highest quality water at the lowest possible cost. We are equally committed to the workforce that helps achieve that goal.